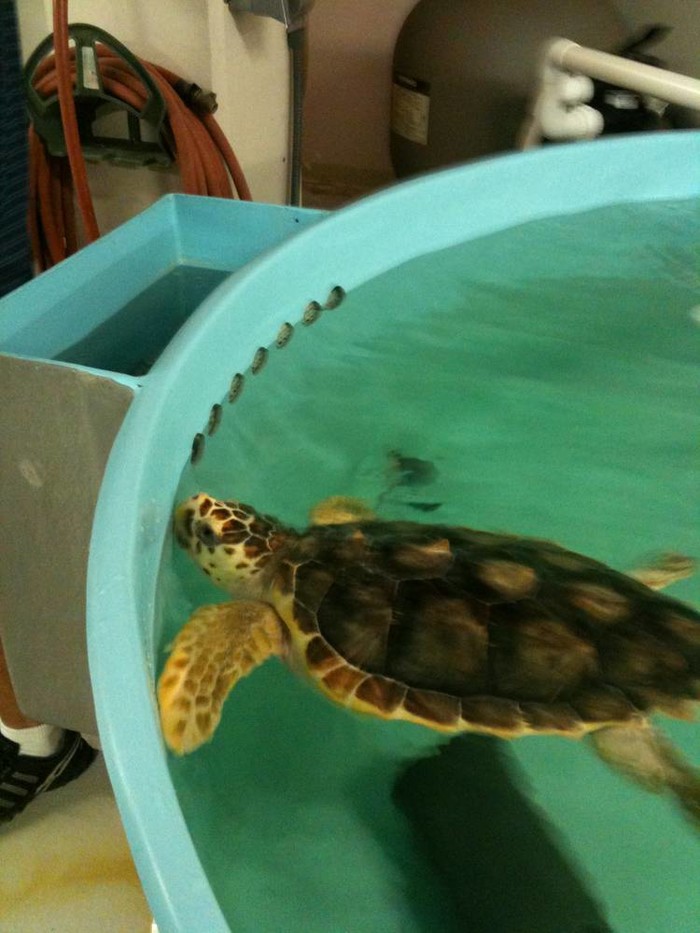 Richardson, Patrick, Westbrook & Brickman, LLC (RPWB) announced today a gift of $5,000 to South Carolina Aquarium’s Sea Turtle Hospital. This gift was made as part of RPWB’s “10 Months of Giving” campaign, an initiative to give $55,000 to area charities over the next 10 months in celebration of the firm’s 10th anniversary.

The Sea Turtle Hospital is a charitable organization that works to provide medical treatment and rehabilitative care to sick and injured sea turtles. The hospital’s full-time veterinarian, staff and volunteers concentrate on restoring to health each sea turtle so that they can be released back into the wild.

“Our busiest stranding season is just getting started and as a non-profit organization, these funds are critical to helping us provide medical care to threatened and endangered sea turtles,” said Thorvalson.

As part of it ‘Ten Months of Giving’ campaign, RPWB will give $5,000 to one local charity monthly through September. During October – the tenth month of the campaign, community members will have the opportunity to vote on RPWB’s Facebook page for their favorite charity of the nine previous recipients. The charity that receives the most Facebook votes will receive an additional $10,000 from RPWB.  Previous recipients of a $5,000 donation were the Greater Savannah River Community Foundation, Center for Heirs’ Property Preservation and Share Our Suzy.

“Ten years of helping clients locally and nationwide is a significant milestone for us, and we want to do something that not only celebrates this milestone, but also celebrates our community,” said Jay Ward, RPWB Member and Business Manager.

Over the past decade, the firm has been involved with numerous local charities including Charleston Miracle League, Trident United Way, HALOS, Share Our Suzy, Special Olympics, Jenkins Institute for Children, Salvation Army, Dee Norton Lowcountry Children’s Center, and Water Missions International. RPWB encourages all of its employees to make a difference by donating their time, money, and talents to charities to help build stronger, sustainable communities.

RPWB has offices in Barnwell, Charleston and Mt. Pleasant, S.C.