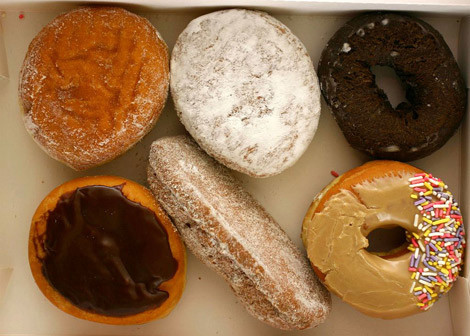 Image by flickr user ReneSImage by doughnuts.jpg Who will win the Lowcountry's doughnut battle?

There are many great rivalries in life, a bloody struggle between two sides to see who comes out the victor. These are battles that will never be resolved, and the supporters on each side may learn to respect each other, but can they ever fully bridge that chasm? You have cats vs. dogs. Coke vs. Pepsi. Clemson vs. Carolina. And then, you take it up a notch: Krispy Kreme vs. Dunkin' Donuts.

Now, having grown up in the South, it's not even a question for me. There's nothing that could ever compare to the warm, gooey deliciousness that is a Krispy Kreme glazed doughnut. I once berated a former boss, even, for bringing in Dunkin' Donuts instead of Krispy Kreme. His response: Dunkin' Donuts was closer. Closer?!?! Allegiance isn't a matter of mere convenience, sir!

But reading the Charleston Regional Business Journal this morning, I came across an article about how Dunkin' Donuts has built an aggressive strategy for the Lowcountry, with plans to bring in 20 stores in the next two years, and eventually reach from Myrtle Beach to Hilton Head Island. As the Business Journal writes:

Here in the Charleston market, a group of investors led by former Morgan Stanley investment banker George Ross plan to open 20 Dunkin’ Donuts stores over the next 24 months, a $10 million investment they said will create more than 300 jobs.

Dunkin’ Donuts’ expansion in the market comes during a period of retrenchment for its two main competitors, Krispy Kreme and Starbucks.

Krispy Kreme is still reeling from a failed economic strategy in 2000, while Dunkin' Donuts has focused on its core product, coffee, and built a diverse, all-day menu around that, the Business Journal reports. This puts it in a strong position to take on its longtime competitor, as well as other coffee specialists, such as Starbucks.

So who will end up winning this battle royale?