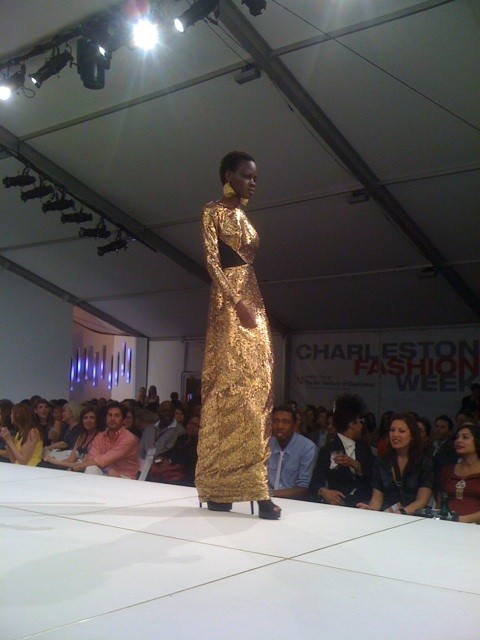 The Saturday finale allowed the four emerging designer finalists to show the remainder of their collections for a chance to take home the grand prize which included a $2,500 promotional package, a photo shoot to be featured in Gilt Groupe.com and many others goodies.

In a suprising turn of events, the fashion panelists made the decision to bring back Stephanie Mejia, a designer from earlier in the week, and throw her into the mix with the other finalists.

David Yoo was the featured designer for the night and presented a collection that neither wowed or disappointed me.

In regards to the Rock the Runway competition, Ajana M. won the female portion as well as the hearts of every person under the tents. She made waves earlier that night when she was charged with the task of walking down the runway in a pencil dress and six-inch heels.

People, I clocked her at two minutes, 48 seconds from start to finish. The best part? Her face didn't break once! She had all the poise and confidence in the world. It was really a sight to behold.

Charleston Fashion Week 2011 was the epitome of the ebb and flow of things. There were nights that completely surpassed all expectations and others that left nothing to the imagination. That's the nature of the beast, though.

The fashion industry is a finicky thing. The entire attitude and climate can change in a snap. The trick is to constantly have your ear to the street in anticipation for the next best thing. That's what makes CFW so exciting and worth the roller coaster ride.

Perhaps I'll see you under the tents next year?