If you're a regular Facebook user you've undoubtedly seen at least one or two users change their Facebook profile to a variation like one of the above shown pink-on-red equal signs.

Switch the profile image is aimed at showing support for marriage equality, and Facebook didn't take a surge in profile photo switch's unnoticed, with the Facebook Data Science Team assembling a model of where the most activity was happening.

Team member Eytan Bakshy explains, writing: "We constructed a statistical model to estimate the likelihood that an individual in a given county would change their profile picture on March 26" and the team then accounted for the unexpected increase, generating the below map.

If you're anything like me, the first question you'll ask yourself is "How does Charleston compare to the rest of the nation?"

The bad news is Facebook hasn't offered any more detail on county-by-county results beyond what you've just seen up top. The good news is we can do a bit of data hackery to see figure out what areas were estimated to be at the same level or more.

In the below graph are counties that had the same estimated spike in unusual profile photo changes as Charleston. 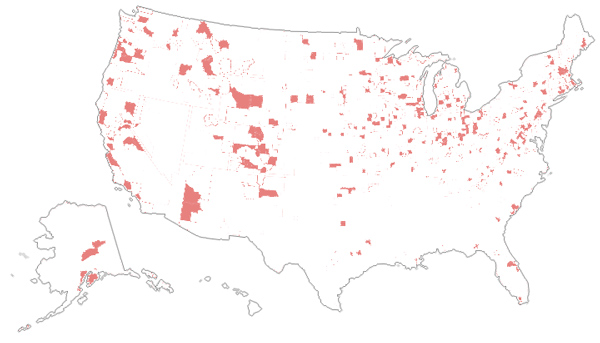 And these counties exhibited traits of more support.

Take this with a heavy grain of salt as these graphics a rough extrapolation upon Facebook's extrapolation of a sub-segment of the population, but Charleston County shows aspects of support for the gay marriage movement that exceeds many areas of the country and were equal to or higher than most areas of Southeast.