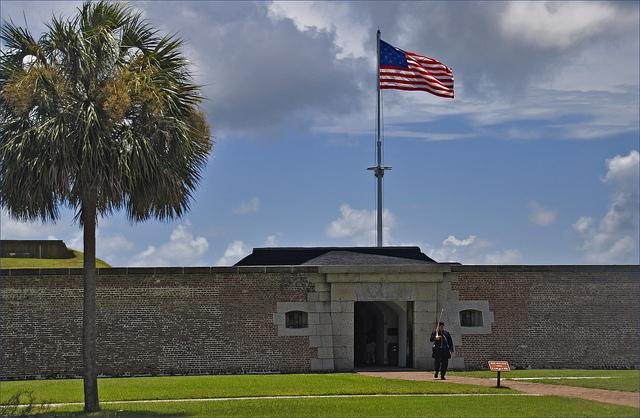 Flickr user Ron Cogswell
Fort Moultrie has already been through on secession — supporters of a second go hope that there will be far less shelling in the future.

Sure, the last time South Carolina seceded from the United States things didn't turn out so well, but it seems in the wake of the 2012 election some malcontents are testing the waters again.

Using the social-media engaging White House platform "We The People" where the White House will respond to any petition that receives 25,000 or more signatures within 30 days, petitions have been started for a number of — mostly — Southern states, including "Peacefully grant the State of S.C. to withdraw from the United States of America and create its own NEW government."

Supporters have collected 19,315 signatures as of this posting, which means they need only 5,685 more by December 10th to get their rebuttal.

Read more on our Charleston site.

Update January 14: The South Carolina passed the threshold with 26,104 signatures and some two months have passed, but not without answer.

Jon Carson, director of the Office of Public Engagement, has replied saying that the administration can't support secession.

In a nation of 300 million people -- each with their own set of deeply-held beliefs -- democracy can be noisy and controversial. And that's a good thing. Free and open debate is what makes this country work, and many people around the world risk their lives every day for the liberties we often take for granted.

But as much as we value a healthy debate, we don't let that debate tear us apart.

Read the full response over here.