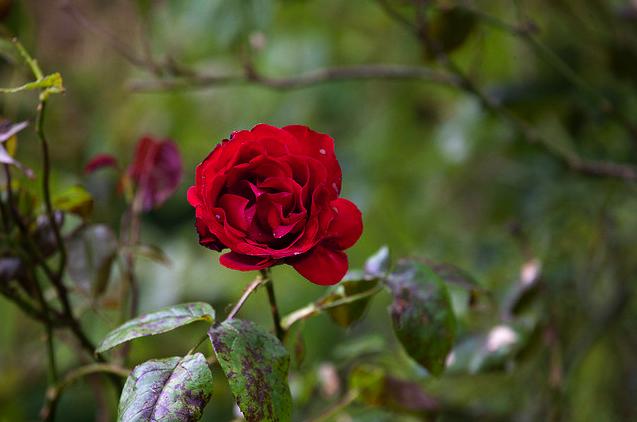 Updated Dec. 8: Longtime Beaufort County Coroner Curt Copeland was laid to rest Tuesday in Beaufort Memorial Gardens after his life was celebrated earlier in the day at the Baptist Church of Beaufort.

The Island Packet has a standalone photo of an American flag that was hung over S.C. 170 in honor of Mr. Copeland. You can view that here.

It's our understanding that Copeland Funeral  Home, the building Mr. Copeland built, wasn't large enough to hold all of those who came out to pay their respects on Monday night, a testament to a great man who gave so much back to his community.

The Packet's full news obituary can be found here.

For those wondering why the photo accompanying this story is that of a rose, Mr. Copeland was an avid rose gardener.

The full obituary from the funeral home is below:

Curtis Mabrey “Curt” Copeland was born October 21, 1945, in
Charlotte, North Carolina. He was the youngest child and only son of E. C. and
Clara Copeland. He was predeceased by his sister, Eleanor Copeland Paysour.

Curt was a 1963 graduate of Greer High School in Greer, South
Carolina, and a 1966 graduate of the Cincinnati College of Mortuary Science in
Cincinnati, Ohio. He served in the United States Army from 1966 to 1968,
attaining the rank of staff sergeant. In 1968 he married Judy Reames of
Beaufort, and together they moved back to Beaufort in 1969. He partnered with
John Morrall in 1969 and was a funeral director for Morrall-Copeland Funeral
Home. In 1972 he founded Copeland Funeral Home. He was elected Coroner of
Beaufort County in 1980 and would serve in that capacity until his retirement
in 2008. Additionally, he served as Commodore of the 1975 Water Festival, first
president of Sea Island Rotary, Chairman of the Board of the United Way of the
Lowcountry, Chairman of the Beaufort County School Board, Deacon of the Baptist
Church of Beaufort, and served in various other civic and religious roles in
the community. He was a loving husband, father and grandfather and an avid rose
gardener. He was a friend to all in Beaufort.

The family will receive friends from 5 until 8 o’clock Monday in the E. C.
Copeland Memorial Chapel of Copeland Funeral Service.

The funeral service will be held at 11 o’clock Tuesday morning
at the Baptist Church of Beaufort. Interment will be in Beaufort Memorial
Gardens.

The family requests that memorials be made to The Baptist Church
of Beaufort – Post Office Box 879, Beaufort, South Carolina 29901-0879.

Copeland Funeral Service of Beaufort is in charge of
arrangements.