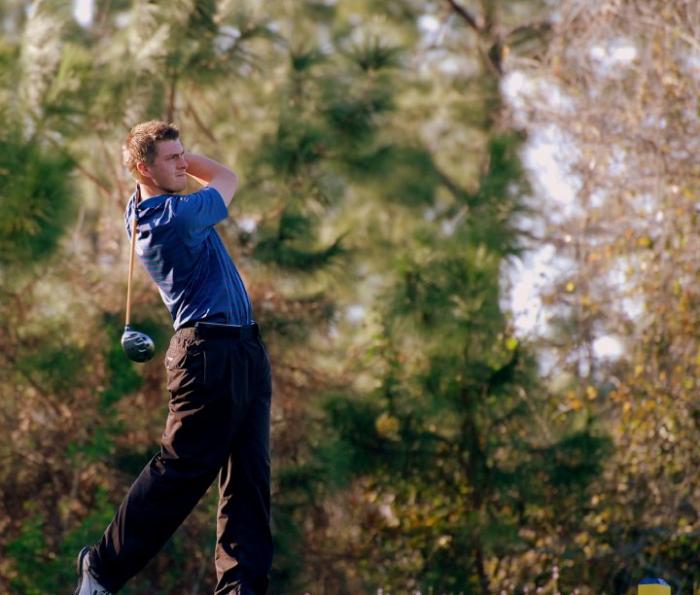 After first round scored of 71-74, Junior Jack Bingham stumbled to a final round 77 on the notoriously tough florida course, but still managed to finish in the top ten with a team best, six-over-par total of 222.

Fellow Sandsharks Luke McClellan and George Thacker were Bingham's closest finishers at one shot back. Their rounds of 70, 75, 78 and 72, 77, 74 respectively earned them a spots at T11 while team-captain Jon Pannone followed his opening round 71 with two 78's en route to a 227 total. Chris Lane rounded up the team's efforts, shooting 74, 74, 83.

The team will be back in action this Friday, March 25 in Camp Lejeune, Florida. Check out their full schedule here.

First reported on March 18: The University of South Carolina Beaufort mens golf team will be making their second apperence of their spring semester saturday, March 19 and sunday, March 20 in the Eagle Invitational / Pelican Bay Golf Club in Daytona, Florida.

The team started the spring season ranked #1 in the NAIA polls, but a poor showing in their first tournament of 2011 saw that ranking slip away.

Stay tuned for first round scores and more as they become avaliable.