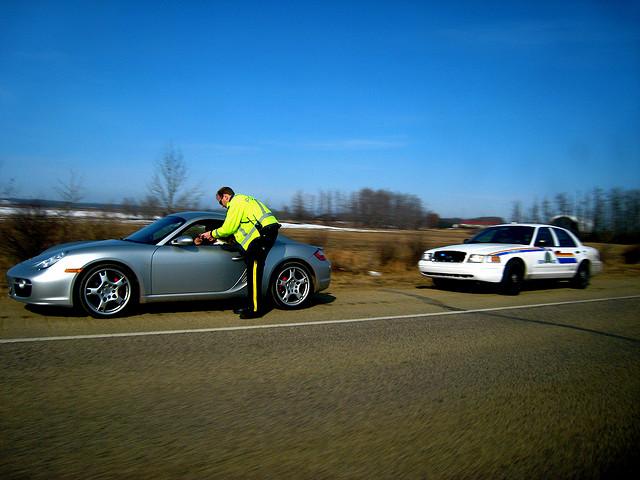 Flickr user Richard Faulder
Lawmakers: Hand deliver 'em or no funding for you.

Update May 27: This long-long saga may be near an end, whether or not Ridgeland likes it.

The S.C. House has all but finished approving the bill that would require tickets be delivered in person within an hour — effectively killing any camera ticketing operation —after it voted to approve the bill 99-1 on Thursday.

There's still some (at this point) all but procedural voting that need to be done before the bill heads to become law with Gov. Haley's signature.

The Island Packet has a solid report on the latest and you can read the text of the bill here.﻿

Keen readers of the bill will note the proviso that along with the ban: a study would be tasked to a new "South Carolina Traffic Camera Enforcement Commission﻿" to research whether or not traffic camera system are, in essence, a good thing. That report would be due in November.

Update May 18, no love for Ridgeland: Things continue to not get any better for Ridgeland in its ongoing battle to have camera-assisted traffic enforcement on I-95.

On Tuesday, the House Judiciary Committee﻿ unanimously approved a bill that would all but illegalize Ridgeland and iTraffic﻿'s system.

Get a report on the latest chapter in the saga at Bluffton Today.

Update May 12: A measure to clamp down on opportunities to run a traffic camera in South Carolina has already cleared the Senate (see the prior update below) and it's now making progress in the House.

Despite the protest of Ridgeland Mayor Gary Hodges﻿ and AAA Carolinas﻿, a S.C. House panel unanimously approved the measure which now goes to the House Judiciary Committee﻿.

Head on over to The State for a rundown on the latest on the debate and progress of the-would be camera death blow; read that here.

And read the text of the bill here.

First reporting April 1: A proposal to ban the use of traffic cameras to enforce speeding laws has been passed by the S.C. Senate and now awaits House approval.

The bill is a direct result of Ridgeland's use of cameras to ticket speeders on Interstate 95.

Read The Island Packet's coverage of the Senate's approval here.