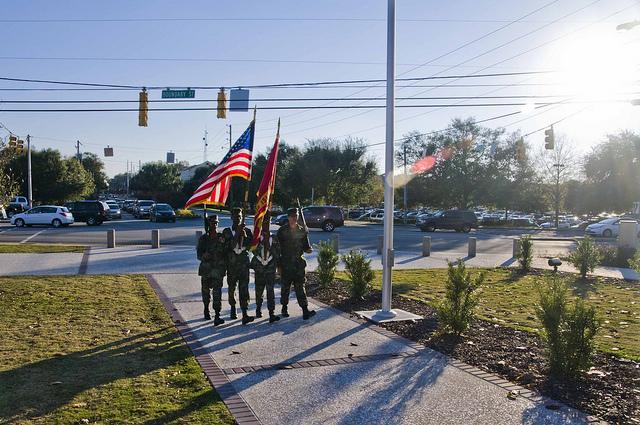 TheDigitel
The proposal would be to put the banners near the intersection of Ribaut and Boundary streets — just to the right of this scene.

Update March 21: The Island Packet has weighed in and says let the banners stay for now.

You can read that column over here.

For my two cents, I'd generally agree that it's a bit trivial to debate this issue given the current issues before council. That said, I don't think the Packet is right to dismiss the verbal commitment made by the past Beaufort City Council.

Brewing for three years, the debate to remove them from the intersection and move them towards the new city hall (map below) had largely settled into the background before briefly appearing on a Beaufort City Council workshop agenda.

But it's now back on, and some of the factors have changed about who's pushing for what.

The Island Packet has a nice profile on the current situation; read it here.

It's worth noting that in the years since, banners have popped on Bellamy Curve and in downtown Port Royal at Ribaut Road and Paris Avenue.

The proposal is to move the banners from "A" at Bay and Ribaut streets to "B" Ribaut and Boundary streets.