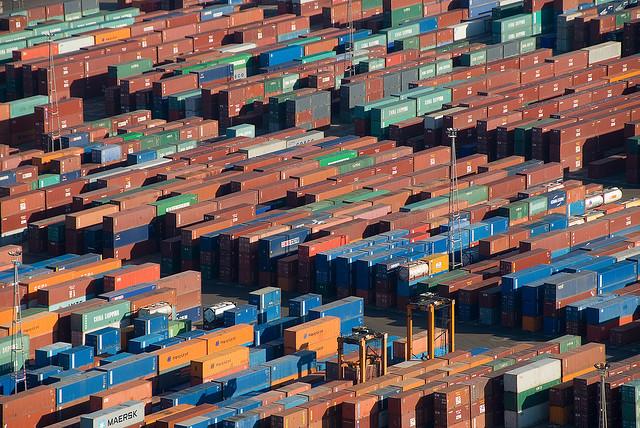 5:19 am on Tuesday January 3, 2012 | Posted by Ken Hawkins
In port deepening debate, funding once again halted for a Jasper Port (Updated)

Update January 3: No new news on this one, but loads of context.

The Times and Democrat has chimed in to back up the notion that Jasper economic development has fallen prey to politics, in part:

The Jasper concept has been around for more than a decade, with plans at one time or another including private development, local government development, state development and, at present, development via partnership between the states of South Carolina and Georgia. The project, however, has never made it off the ground, falling victim to the reality of maintaining existing port facilities in Charleston and Savannah.

And over at The Post and Courier﻿, the paper reminds that Charleston is already woefully behind and seems to drive the point that South Carolina needs to stop worrying about slowing down Savannah and planting its own seeds, in part:

But these days the public's perception of state port operations is measured in snapshots of competitive anxieties. It's reality that Georgia and its Port of Savannah for more than a decade have won the containership marketplace battles. And it seems Georgia out-negotiated South Carolina in bi-state port development agreements related to the Savannah River,.

Port competition is intense, folks. The winners are creative, resourceful and seldom abashed. Good for Georgia.

First reporting: Remember how in August folks were relieved to hear that funding was once again reinstated for studying the Jasper Port? Well, that period of calm is over.

Last week the South Carolina State Ports Authority voted to defund South Carolina's efforts behind the joint-state project citing Georgia as an unwilling partner. Accordingly, the South Carolina group issued a series of demands that it wants out of Georgia to ensure that plans for a Jasper Port would be able to move forward.

Not to be overlooked is that the demands (that include adjusting a possible dredging pattern and dredge spoil area) would almost certainly delay the proposed Savannah River dredging to a needed 50 feet.

And that's a delay that South Carolina has been eager to see happen as plans to deepen the Charleston ports have been running well behind Savannah's timetable — a port that was once ranked well below Charleston and now exceeds Charleston's shipping volume.

S.C. Senator Tom Davis issued a release faulting the Georgia side, noting "the Jasper port development agreement between the South Carolina State Ports Authority and the Georgia Ports Authority obligates the parties to 'initiate and diligently prosecute the release and removal or relocation of current Corps Easements from the Jasper Terminal Study Site.'"﻿

But action has been lacking to pursue the port since the mid-2000s when private dollars were ready to fund the port and the public-private State Ports Authority moved to successfully block it.

We'll be sure to keep you posted, but for now it seems leaders are more willing to use the port in a game of political chicken than actual economic growth. ﻿