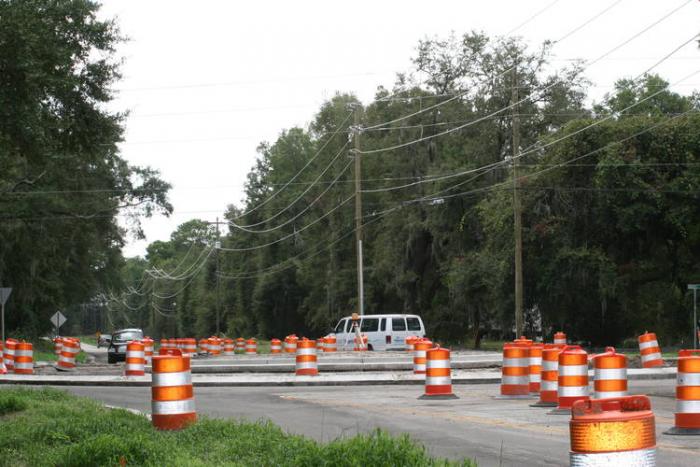 As a regular traveler through the new Burton traffic circle located at Joe Frazier and Morrall Drive, I have to wonder if the new traffic circle really is such a great idea.

During my daily trips around the turn-about, I have personally seen where many motorists traversing this intersection fail to yield for those already traveling around.

"This intersection is especially dangerous now. I have almost been hit a couple different times when going around the circle" said Terry Spencer, area resident. "People riding motorcycles have to be extra careful because people do not look for them at regular intersections, but at a round-about, they are even less visible."

While I was at the intersection taking photos, I witnessed several different vehicles pull into the circle without yielding to oncoming traffic. In many cases, people do not understand that a yield sign does not mean that they have the right-of-way.

According to an article written by the Island Packet, the turn-about is being constructed in an effort to assist traffic during rush hour where an estimated 400 vehicles enter the intersection. Quoted in that article is Keith Riddle from the SC Department of Transportation, who said, "Not only would a stoplight disrupt most of the intersection's traffic, but electricity and maintenance would cost more than a traffic circle."

The traffic circle is estimated to cost $450,000. The question is, could the intersection have been made more safe without the expense of the round-about? The answer may be yes. Electricity would not be an issue if the state or county were to opt for solar powered lighted stop signs. These well-lit signs sell for around $1,600 each and require no power at all because they get the energy needed from the sun.

If this intersection could have been converted into a four way stop quite easily, then doing this would have allowed the residents owning the adjacent property to keep their property. The expense for installation for this type of traffic control would be minimal, and no more than replacing a stop sign.