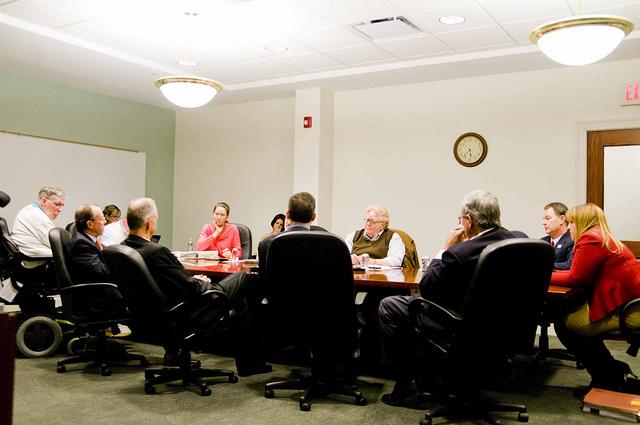 4:10 am on Sunday October 9, 2011 | Posted by Ken Hawkins
For good local government, community engagement is a must

TheDigitel
At one of Beaufort's city council workshops where issues, solutions, and ideas are discussed.

Writing on his website, Beaufort Mayor Billy Keyserling is once again trying to pound home the message that good local government requires an open dialog between elected leaders and the people.

In part, "We vet issues, hear from anyone who wants to be heard and end up with the information required to make both representative and consensus decisions if necessary at the next formal Council meeting.﻿"

You can read his full entry over here.

But the meat of his post comes from a referenced entry about a Canadian community that prizes the value of such open communication.

In part, "Typically what happens is that staff makes a recommendation for solving the problem. Then residents divide themselves into two groups, one that approves the recommendation and another that opposes it.﻿ ... So Tara decided to try something different﻿. ... Using a technique called World Café, they worked out a solution acceptable to everyone in the room. When the issue finally made its way back to council, there wasn’t the usual fight. It was simply a matter of council approving a solution that residents themselves had created.﻿"

You can read that full entry over here.

And, finally, to be a part of the Beaufort conversation, keep an eye on the city council meeting list.