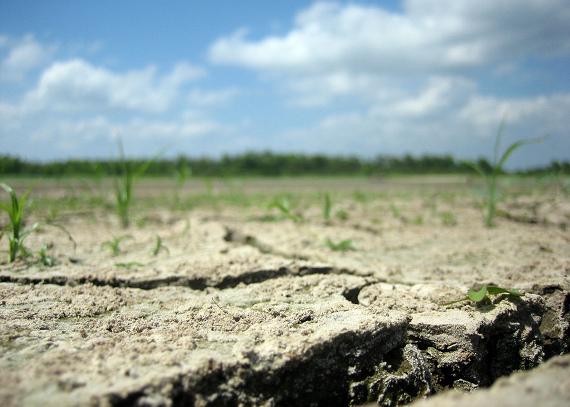 Update June 18: The recent rains haven't been enough to thwart the weeks of intense (and record) heat, and the drought has continued to worsen.

On Friday the State Climatology Office﻿ upgraded much of the Midlands and all of the Lowcountry to the second of four levels, from "Incipient" to "Moderate."

The region has received 24% of its normal rainfall since May 1.

Meanwhile the U.S. Drought Monitor﻿ maintains more detailed graduated maps and points to worsening conditions the further east and south you go in the state — in the direction of the Savannah (click the map to the right for more detail.)

Under their conditions Beaufort and Jasper counties are classified on the fourth of five levels, "Extreme."

Over the next few days much isn't expected to change, with only a slight chance of thunderstorms tonight.

And be cautious with fire, Darryl Jones with the S.C. Forestry Commission said, "We already hit our five year average in the first two weeks for the month of June as far as wildfires."﻿

Updated June 17: As expected the S.C. Drought Response Committee met today and elevated the drought status of Beaufort and Jasper counties to moderate.

As such, Beaufort-Jasper Water & Sewer Authority obviously is calling for increased water conservation measures. You can read the utility's press release on that here.

You also can read our story from yesterday on increased conservation measures for the Sea Islands.

The term "incipient drought" means there is the threat of drought, and the U.S. Drought Monitor﻿ is classifying the portion of Beaufort County south of the Broad River as already in a severe drought (the third highest level on its five steps).

And that status is thanks to the persistent high heat and little rain that we've seen — unofficially, it's been a solid two weeks of straight 90-plus temperatures.

What's more is that the heat and humidity will push into the area this afternoon as well, and the forecast for the weekend still looks hot and humid with temps in the lower 90s each day.

To keep up with the weekend's weather conditions, here's a link to the National Oceanic and Atmospheric Administration's forecasts for the Beaufort area.

We'll keep you posted if things get worse and, in the meantime, let's all just be happy things aren't nearly as bad as they got in 2007.

Personally, I'm crossing my fingers for a wet and not-so-windy tropical depression to blow past.