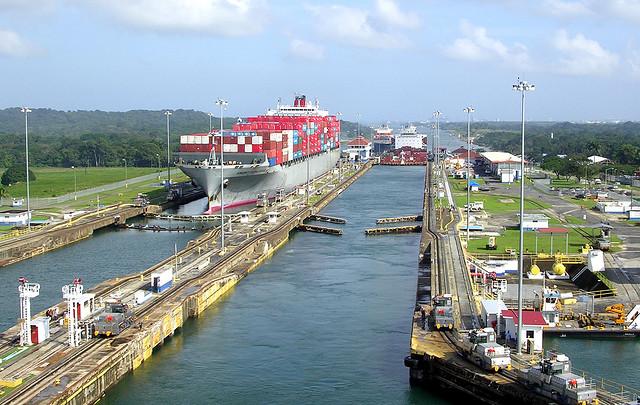 Update April 16, a prickly spot: Tim Scott — the theorized hopeful to get his Congressional District to cover Charleston and Beaufort counties may be stumbling into his first regional crossfire.

First, this bit of speculation assumes two things: One, that the merit based plan described below would help Charleston's port at the expense of Savannah's, and, two, that those in Beaufort generally recognize that having a strong port in both Charleston and Savannah (and theoretically, Jasper) is key for the region, especially the state.

Regardless, it will clearly appease his current Mount Pleasant constituents.

The general idea is that all ports looking to reach 50 feet would be assessed to see which make the most sense to be deepened. And the case thus far is that since Charleston is already at 45 feet it has a very good case, a better case than Savannah at a current 42 feet.

Of course there's lots of nitty gritty, head on over to The Post and Courier's report to get up to speed.

First reporting February 15: While the Savannah Port was happy to see $600,000 in funding make it into the budget recently proposedby President Barack Obama, Georgia leaders are expressing disappointment that there wasn't another $400 million.

That money would be combined with some $200 million from Georgia to actually deepen the Savannah River from 42 feet to 48 feet to allow for the next generation of cargo ships, "post- Panamax" ones.

WSAV has a report about how folks are disappointed; read it here. Meanwhile WTOC 11 has another report that says some officials didn't really expect it and see other ways to get the money out of the federal government and don't expect this to hold the project up; watch that here.

Meanwhile in Charleston, leaders are still fuming that they haven't even been able to get $400,000 for a harbor deepening study.