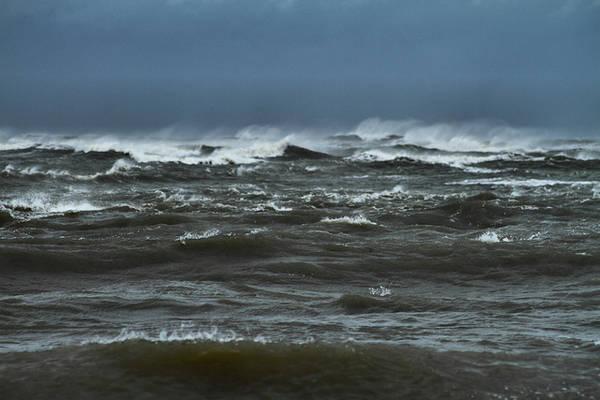 MDG-Graphix.net
Irene's chop off the South Carolina coast in August 2011.

2011 was another year of extreme weather events in South Carolina.

June through August 2011 was the second warmest on record statewide (out of 117 years) and the year's temperature extremes ranged from a low of 5 degrees at Jocassee on January 13, to the summer's warmest temperature set at the University of South Carolina campus, 107 degrees on July 22.

It was also another year of drought for South Carolina with portions of the state in incipient and moderate drought with six counties upgraded to severe drought in November, it was the driest year since records began in 1903 for Walterboro receiving only 27.78 inches (normal 48.5 inches).

"Thankfully there were no hurricanes that made landfall for South Carolina this year," noted Assistant State Climatologist Wes Tyler, "but Hurricane Irene did bring bands of rain, gusty winds and significant beach erosion."

Below are monthly highlights from South Carolina's 2011 Weather in Review Report.

January: Heavy snow spread eastward on Jan. 10 with Newberry measuring 10 inches. Allendale was hit with a severe ice storm. The morning temperature on Jan. 13 fell to 5 degrees at Jocassee, the state's lowest reported temperature of the winter.

February: The unseasonable warmth sent the afternoon high temperature on February 18 to 81 degrees at the USC campus in Columbia. The state's warmest weather since the last week of October 2010 was observed on February 27, when Allendale, Witherbee and Barnwell reached 83 degrees. Early flowering of bulbs and ornamental trees was evident across locations east of the Piedmont.

March: On March 12, the thermometer at Hunts Bridge rose from an early morning low of 26 degrees to an afternoon high of 76 degrees. Summer-like heat overspread the state on March 18 with 89-degree high temperatures being reported at Sandy Run, Clemson and Shaw Air Force Base in Sumter.

April: Stormy weather formed early on April 5. The Anderson Airport recorded winds gusting to 65 mph and at 3:55 a.m., the Columbia Airport measured a wind gust of 75 mph. Trees were toppled and electrical service was disrupted.

May: Dense fog developed along the central coast on May 7 and at 1:02 a.m., port traffic in the Charleston Harbor was temporarily halted due to visibilities of one-tenth of a mile. Hardeeville and Lake Wateree both warmed to 94 degrees on May 10 just ahead of the next day's severe weather event. At 5:55 p.m. on May 11, the crossroads at Evergreen observed baseball-sized hail that covered the ground. The Columbia Hamilton-Owens Airport reported at 14-degree temperature drop from 84 degrees in just over an hour, following a thunderstorm.

June: Thunderstorms on June 15 produced winds gusting to 61 mph at the McEntire Air National Guard (ANG) Airport near Eastover and the Charleston Airport received their heaviest rain since April 22 with 1.22 inches. On June 21, the start of meteorological summer, Witherbee baked with a shade temperature of 105 degrees.

July: At 3 p.m. on July 13, Federal Aviation Administration (FAA) instruments at the Mount Pleasant Regional Airport recorded 99 degrees over an 82-degree dewpoint, yielding a heat index value of 124 degrees. This is the state's unofficial highest accepted observed heat index value. On the afternoon of July 22, the USC campus in Columbia recorded the summer's highest temperature at 107 degrees.

August: Hurricane Irene's outer bands of rain began coming ashore along the central coast on August 25. Although Hurricane Irene passed approximately 150 miles to the east of Myrtle Beach, the event's highest windspeed was measured at Springmaid Pier with a gust from the north-northeast of 62 mph, it also brought a good bit of rain and erosion concern to Lowcountry shores.

September: Caesars Head recorded a 24-hour rainfall total of 2.02 inches ending on the morning of Sept. 6. For the 24-hours ending on September 21, Anderson measured 3.18 inches and Edgefield measured 2.59 inches. The September 20-25 period produced a rainfall accumulation of 9.33 inches at Columbia's Hamilton-Owens Airport.

October: Dry, seasonal weather and afternoon high temperatures nearing 80 degrees were reported during the first week. Summer-like warmth returned on October 17 for Barnwell, Summerville, Hartsville and Bennettsville, all of which reached 88 degrees.

December: Walterboro's Dec. 7 afternoon 81-degree high temperature plummeted 44 degrees in 16 hours during the passage of a distinct cold front. On Dec. 27, both airports at Charleston and Georgetown recorded peak winds of 47 mph.