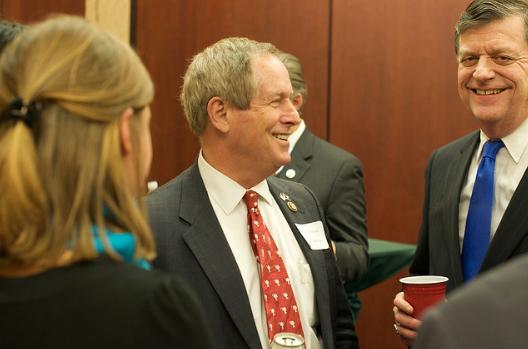 Update January 4, some details: The Island Packet was at the local press confrence where Wilson laid out some details.

Oh, and the Packet mentions that Wilson said he'll try to keep Beaufort in his district — but what else would you expect him to say?

First reporting January 3: U.S. Rep. Joe Wilson will be in Beaufort today to hold his annual press conference outlining his legislative agenda for the upcoming year.

That in and of itself isn't unusual, as Wilson has been holding these press conferences every year since he's been elected.

What is a bit unusual is that this year's Beaufort's presser isn't being held in front of Port Republic Street office, as it has been for as long as we can remember. Instead it's being held at Earl's Body Shop.

Perhaps this is his team's first move toward reacting to Wilson's tough election battle in November. That along with talks of redistricting has got to have the Wilson team scrambling a bit.

Time to take it back to the people.

Anyway, the presser will begin at 3 p.m.