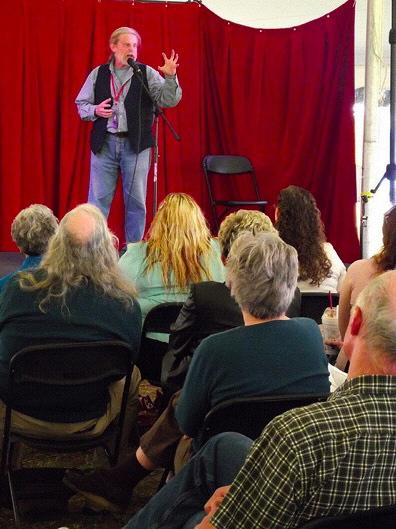 Bil Lepp, a five-time champion of the West Virginia Liars’ Contest, will serve as one of the judges and the MC of the BIG Liars Competition. The competition is open to all styles, ages, and residences. This competition is an esteemed gathering of those who shoot the breeze with the greatest of ease, of the lying liars and the audiences who laugh with them.

The preliminaries are Sundays, February 17 at 3pm, March 10 at 3pm, March 24 at 3pm, at ARTworks. One additional round will occur during the festival, so out-of-towners should join in then. The finale is Sunday, April 14.  Cash prizes will be announced, registration is $5 for kids under 18 and $10 for adults. Check the website for registration details and all updates.  The BIG Story Fest is held in Beaufort Town Center, a leisure and shopping area, and is a project of ARTworks, the arts council of Beaufort, Port Royal and the Sea Islands: 843-379-2787, @artseensc, http://beaufortcountyarts.com/bigstoryfest.htm