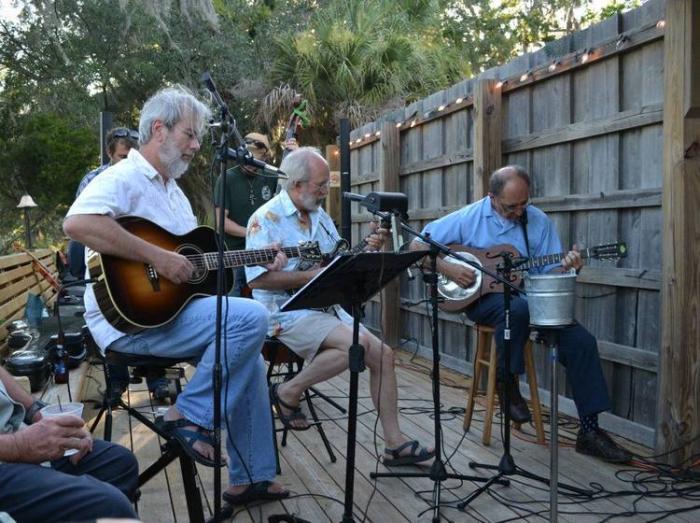 On the deck and live, Blue Mudd performs at Foolish Frog

Blue Mudd continues to remain steadfast in delivering soulful music to the local scene and performs live at the Foolish Frog on Thursday, July 12 begining at 7 p.m.

While many will appreciate the band's diverse repertoire of Americana, the performance on July 12th will also cast a nodd to the Woody Guthrie Centennial, honoring the roots-music legend who died in 1967 and would have turned 100 this year.

According to Jorge Arevalo of the Woody Guthrie Archives﻿, in his lifetime Woody Guthrie wrote nearly 3,000 song lyrics, published two novels, created artworks, authored numerous published and unpublished manuscripts, poems, prose, and plays and hundreds of letters and news articles. Guthrie has been recognized for his monumental contributions and achievements in American culture as well as having been the recipient of prestigious awards both from governmental departments and private arts organizations.﻿﻿

Head to the source at thefoolishfrog.com