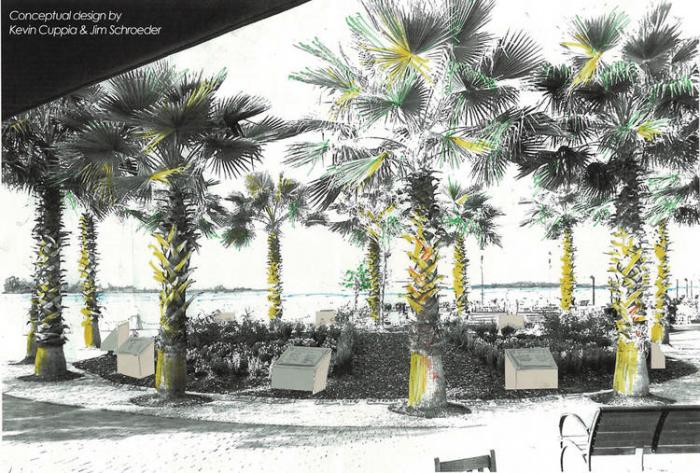 4:33 am on Saturday January 28, 2012
Last chance to chip in and be listed on the Beaufort Tricentennial monument

A conceptual rendering of the monument.

The fundraiser for the Beaufort 300 monument closes on January 31, and with it the chance to have your name inscribed on the set-to-be historical markers bound for the city’s Henry C. Chambers Waterfront Park.

The goal is for 300 people to contribute $300 toward the new markers that celebrate Beaufort’s 300th birthday in 2011. Corporate and non-profit contributions also are available.

"‘Beaufort 300’ is a unique opportunity to invest in Beaufort’s future by recognizing its past, Kevin Cuppia, a downtown Beaufort businessman and chairman of the Beaufort 300 organization﻿ said. “Our noted historian, Dr. Larry Rowland, is helping write the information for the new markers that will better tell the story of Beaufort’s past,” Cuppia said. “We’re almost at our goal for the fundraising and we’re very proud of this community.”

The Tricentennial celebration ended December 31 with a Founders’ Night II in the Waterfront Park. A packed park enjoyed music and historical readings, including the actual charter that founded Beaufort on Jan. 17, 1711.

The Tricentennial monument will be an updated series of historical markers in the Waterfront Park showcasing Beaufort’s three centuries. Investors’ names will be included on the monument for posterity.

“It’s a very special way to commemorate Beaufort’s three hundred years of formal history, and a way to put your family’s name on the monument that we expect will stand for at least the next hundred years,” said Erin Dean, chairwoman of the Tricentennial Committee.

Beaufort was founded Jan. 17, 1711 by the English, although its beginnings date back to Spanish explorers in 1514. Beaufort was named for Englishman Henry Somerset, Duke of Beaufort (1684-1714), one of the Lords Proprietors of Carolina.